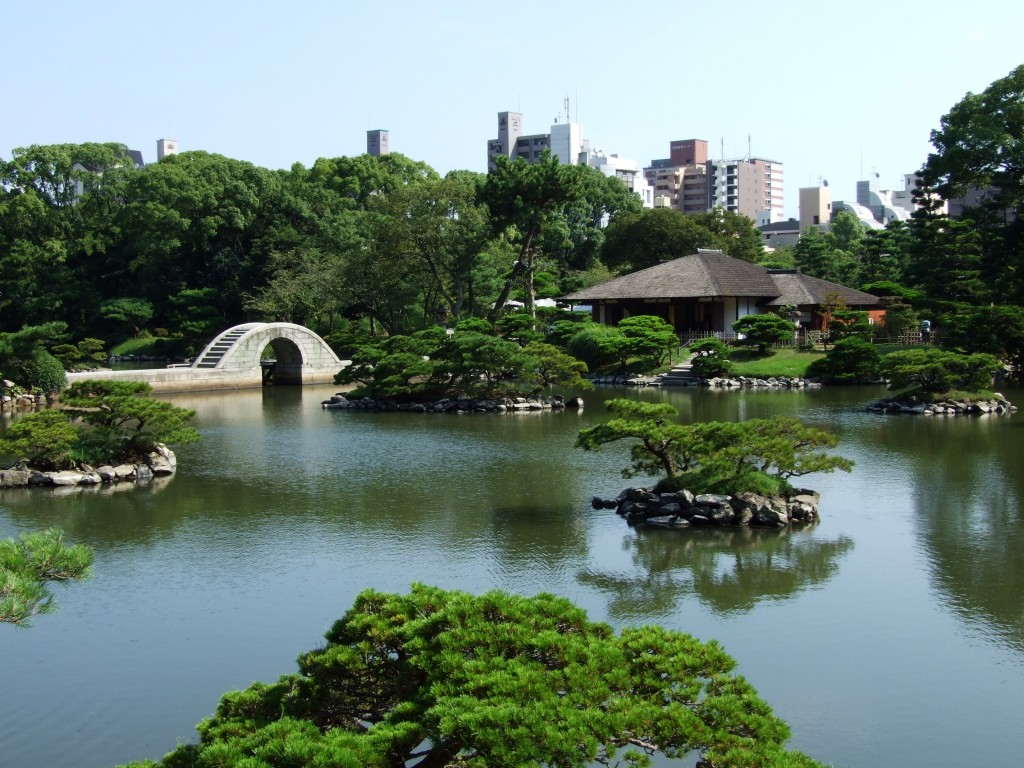 It is a daimyo garden built by Nagaakira Asano, the first feudal lord of the Hiroshima domain, as a garden for a villa. It is adjacent to the Hiroshima Prefectural Museum of Art. Shukkeien is said to have been created in imitation of China's world-famous scenic spot, "West Lake," because it has a magnificent view of the mountain river, the state of Kyoto Raku, and the scenery of Miyama in the garden. It was named. Large and small islands float in the pond dug in the center of the garden, and it is also called a strolling garden because you can enjoy it while walking around the well-arranged valleys, bridges, and tea rooms. The garden is full of nature, and you can enjoy seasonal flowers throughout the year. 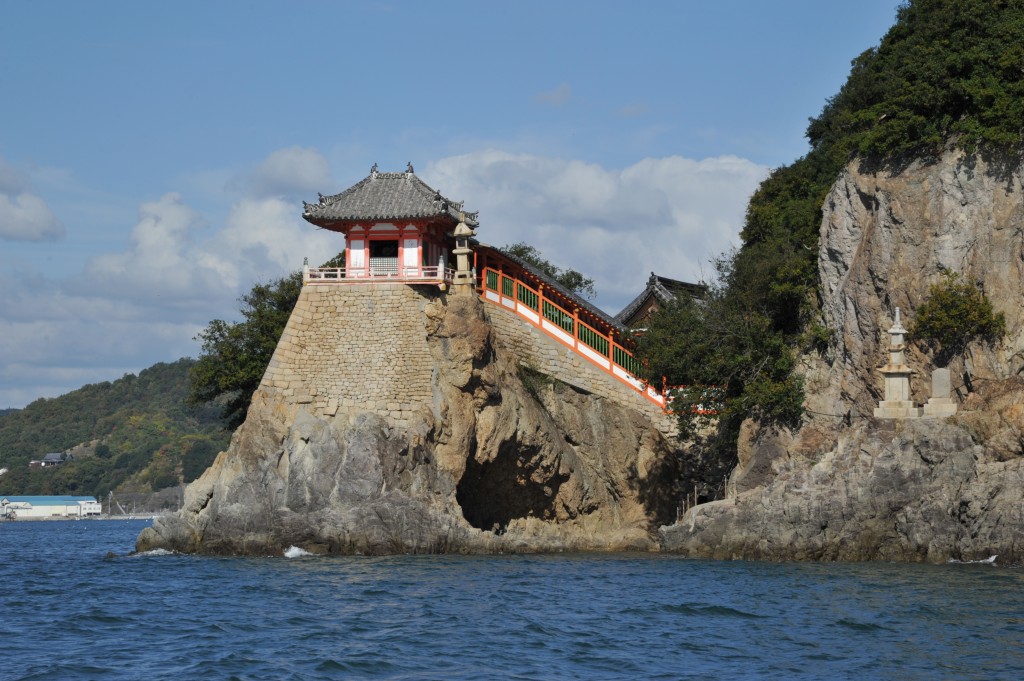 It is a temple of the Rinzai sect that sits at the tip of Cape Afushi, at the southern tip of the Numakuma Peninsula. The vermilion-painted Kannon-do, which is mysteriously harmonious with the brilliance of the clear sea and the rough rock surface, is widely known as one of the most spectacular landscapes in the Seto Inland Sea. This Kannon-do was built by Terumoto Mori and is designated as a national important cultural property. It has long been famous as a prayer place for safe voyages, childbirth and childbirth. 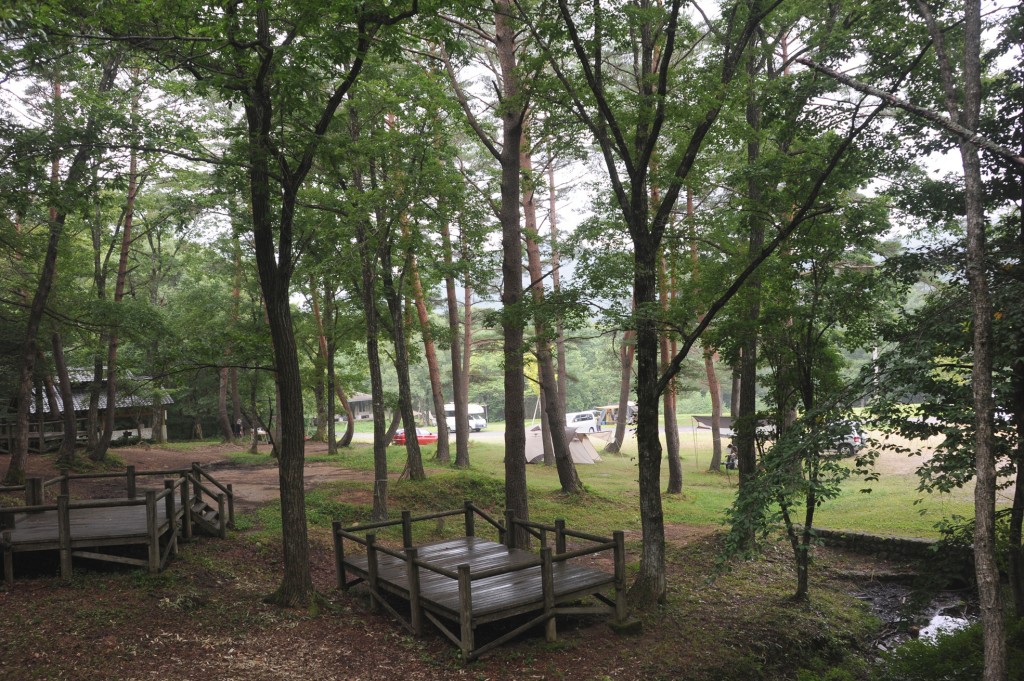 Adjacent to the Holy Lake, it is a free campsite surrounded by abundant nature. There are 160 places, a tent site that can accommodate about 400 people, a cooking ridge, a flush toilet, a rest area, a fire circle, an observatory, a lawn plaza, etc., which are popular with families. Wolongsan, which clearly reflects the mountain on the surface of the lake, has a beautiful virgin beech forest, and hiking is also recommended. In addition to walking around nature, you can enjoy nature such as astronomical observation at night. 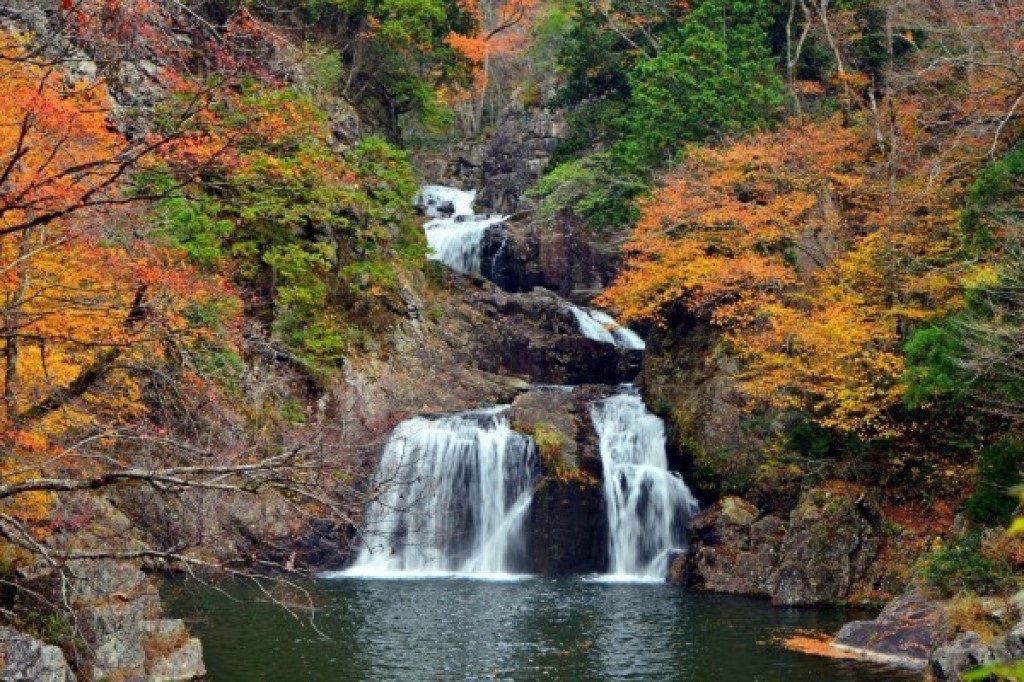 2.7km from the front entrance to Kurobuchi is the canyon of movement to the mouth of the dragon, from Togazaki to Meotobuchi is the canyon of static like the original Japanese garden, and from Ishihi is the canyon of movement again, just a mountain water painting. You can see the scenery of itself. Customers who see the mouth of the dragon about 5 minutes from the entrance will be taken and walk to Kurobuchi. Different views can be seen depending on the time, weather and season. It is the only canyon in Japan where you can see not only the beauty of the canyon but also old trees and giant trees from a wide variety of flora and promenades. The best time to see the autumn leaves is from late October to late November. Please enjoy the view from the two boats in the Sandan Gorge. Kayaking and SUP are also popular, and there are plenty of activities to enjoy the great outdoors. In addition, there are two therapy roads in the Sandan Gorge where you can experience the beauty of the valley and the power of the forest. * Please check the website for details such as walking routes (http://www.akioota-navi.jp/html/kankou_mobi_sandankyo_attention.html). 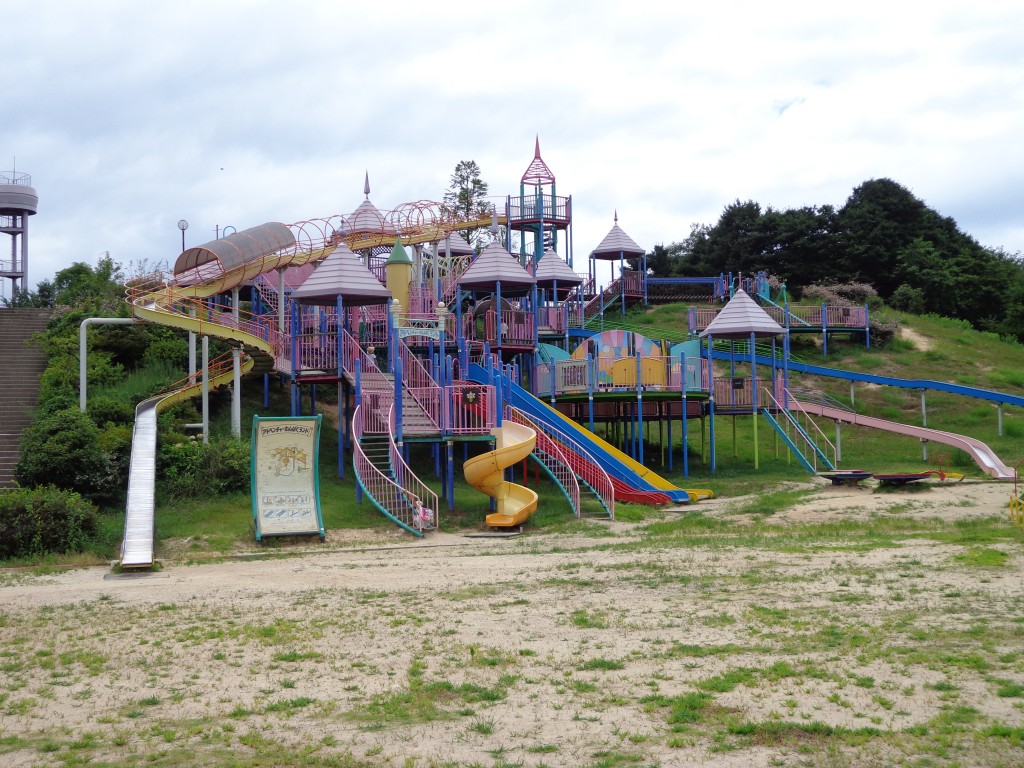 Adventure Wanpaku Land, which is also a symbol of the park, is very popular with children because of its variety of slides, including 4 slides, 3 roller slides, spiral sliders, and Tarzan ropes. In addition to Kujakuen and Yashikaen, there is also an observatory tower that overlooks a long distance. Bring your own lunch and spend a relaxing day with your family. 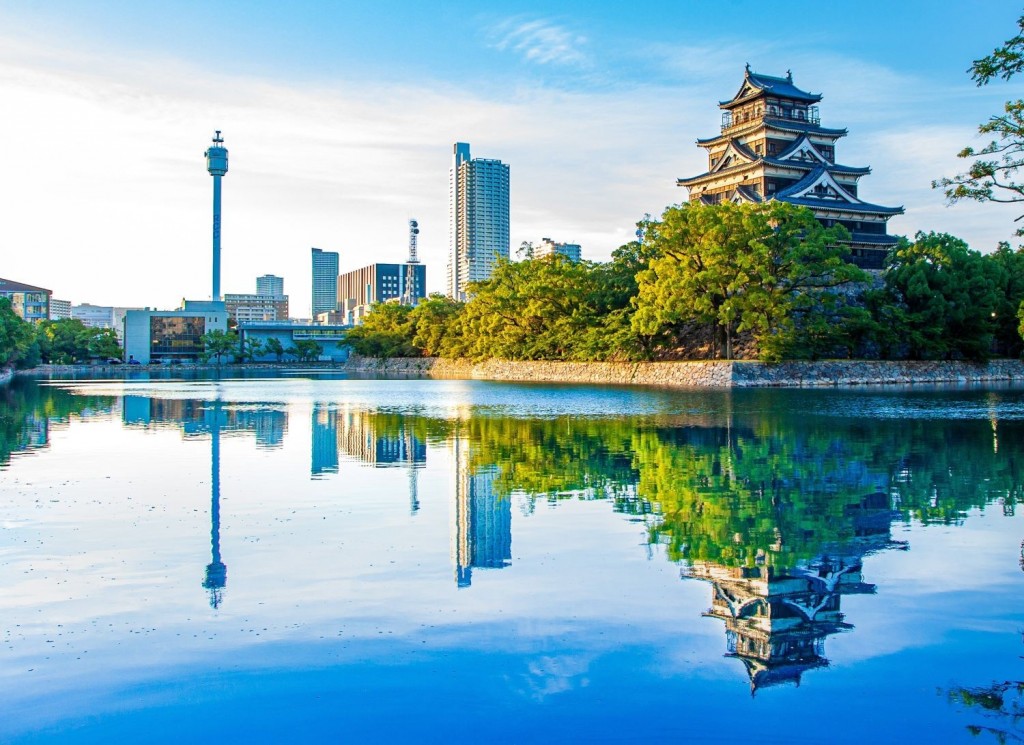 Hiroshima Castle was built in 1589 by Terumoto Mori, who is known as one of the five elders of Toyotomi Hideyoshi. At the same time, the construction of the castle town was promoted, and Masanori Fukushima, who entered the castle on behalf of Mr. Mori after the Battle of Sekigahara, further improved Hiroshima Castle and expanded the castle town by drawing the Saigoku Kaido into the townspeople town. However, it was reformed because the castle was rebuilt without permission, and then Nagaakira Asano entered the castle from Wakayama as the castle owner. After that, Hiroshima developed under the rule of Mr. Asano for 250 years in his twelve years, and prospered as the largest city in western Japan. The current Hiroshima Castle has only Honmaru, Ninomaru, and Uchibori, but originally it had a large section of about 1km north, south, east, and west, and was one of the largest castles in western Japan. The castle tower since its construction was designated as a national treasure in 1931, but it was destroyed by the atomic bomb. The exterior was restored as a symbol of the reconstruction of Hiroshima in 1958, and the interior was renovated in 1989 when the castle was built 400 years ago. Today, the inside of the castle tower is a history museum. The structure of Hiroshima Castle and the lifestyle and culture of the castle town of Hiroshima are exhibited with actual materials, models, videos, etc., and the experience corner where you can take a commemorative photo while wearing period costumes such as armored helmets, jinbaori, and kamishimo is also popular. is. From the observation room, you can see the Atomic Bomb Dome, the Green Arena, and Miyajima on a sunny day. 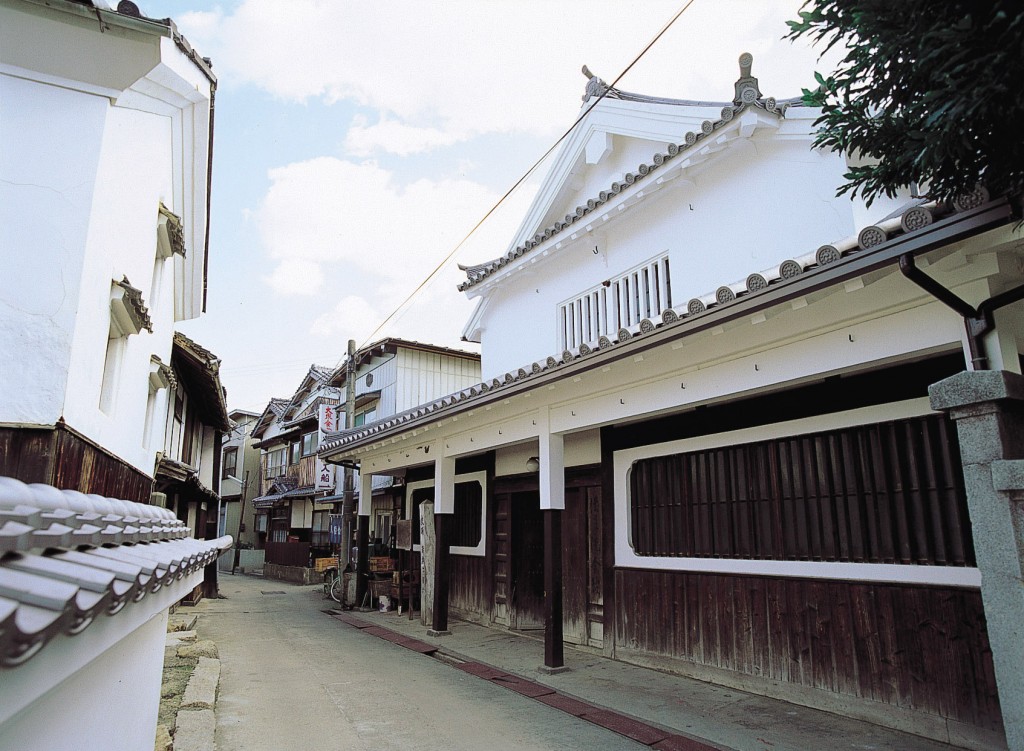 Mitarai, which prospered as a port town waiting for the wind and tide during the Edo period, was selected by the national government as an important traditional buildings preservation district in 1994. Mitarai, which has been reclaimed several times due to the small land area, is a mixture of large and small merchant houses, teahouses, boat lodgings, houses, shrines, temples, etc. It goes around like this. In addition, there are some civil engineering structures such as large shores, stone bridges, high lanterns, stone wall revetments, and ganki that are necessary for the life of the port town. Since the Mitarai district was formed in the middle of the 17th century, it has developed according to the times as a relay port for Seto Inland Sea traffic until the early Showa period, about 200 years after the Edo period, and its traces are still in the village. It is kept in. In addition, a local tourist volunteer guide will guide you through history and culture in an easy-to-understand manner. 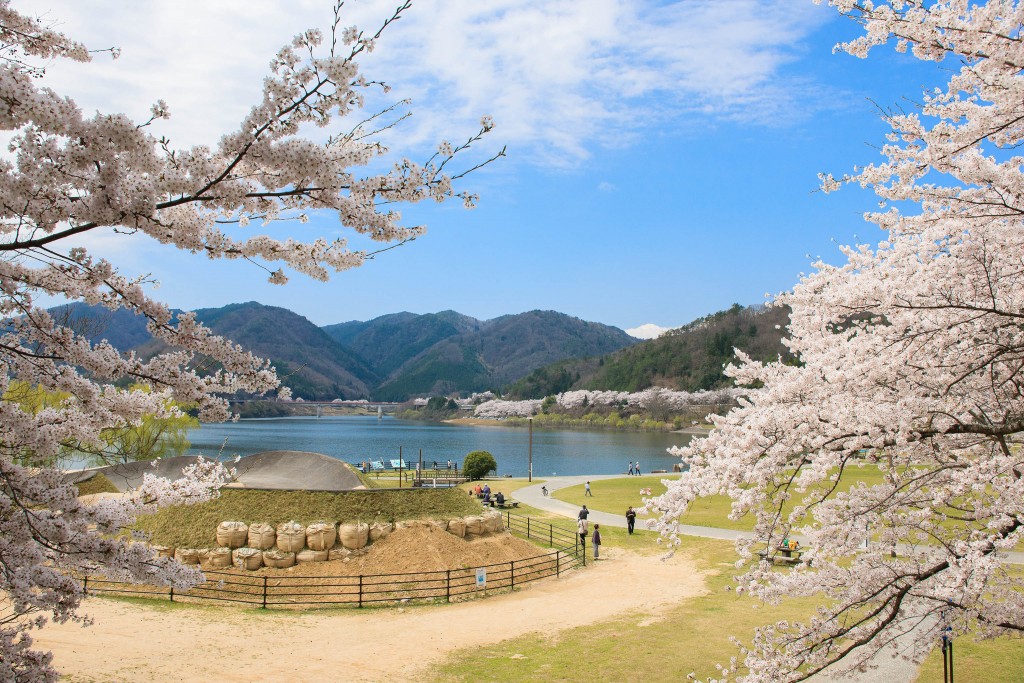 Haji Dam was built as the first full-scale multipurpose dam in Hiroshima Prefecture. On the shores of Lake Yachiyo, which is a dam lake, there is a "Nodogoe Park" with a lawn plaza and large playsets, which is a place of relaxation for children and adults alike. In addition, it is one of the most famous cherry blossom spots in western Japan, and in the spring, about 6,000 cherry blossoms are in full bloom on the shore of the lake and are lit up. It is also popular as a famous spot for autumn leaves, and in autumn the autumn leaves color Haji Dam. Around Lake Yachiyo, there are many sports and leisure facilities such as cycling, tennis, baseball, soccer, ground golf, camping and fishing ponds, and you can enjoy various activities in the rich nature. increase. 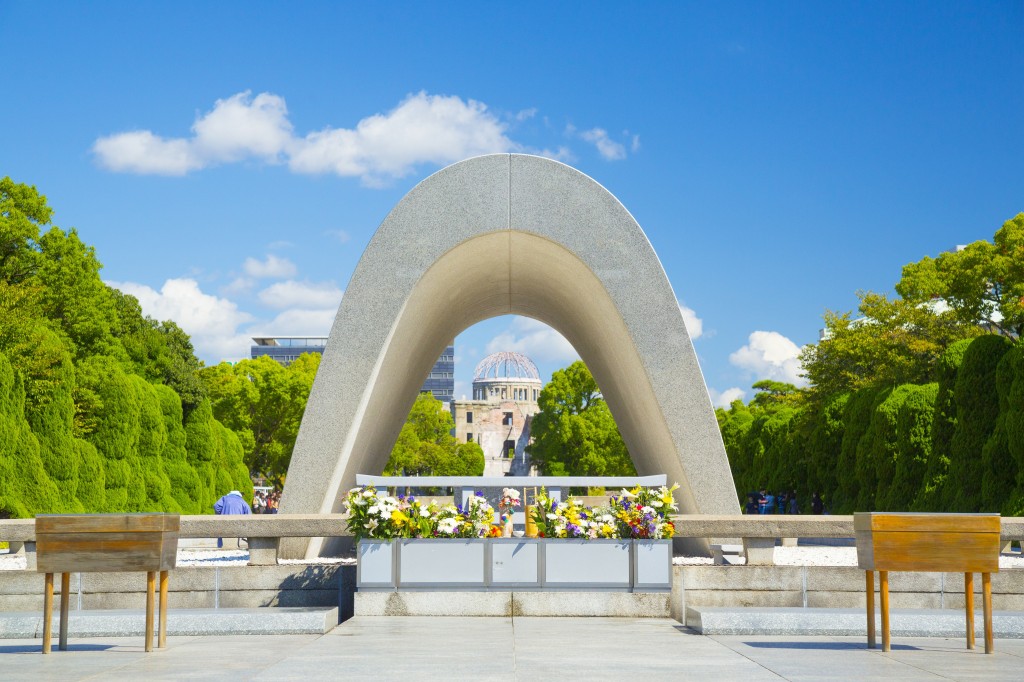 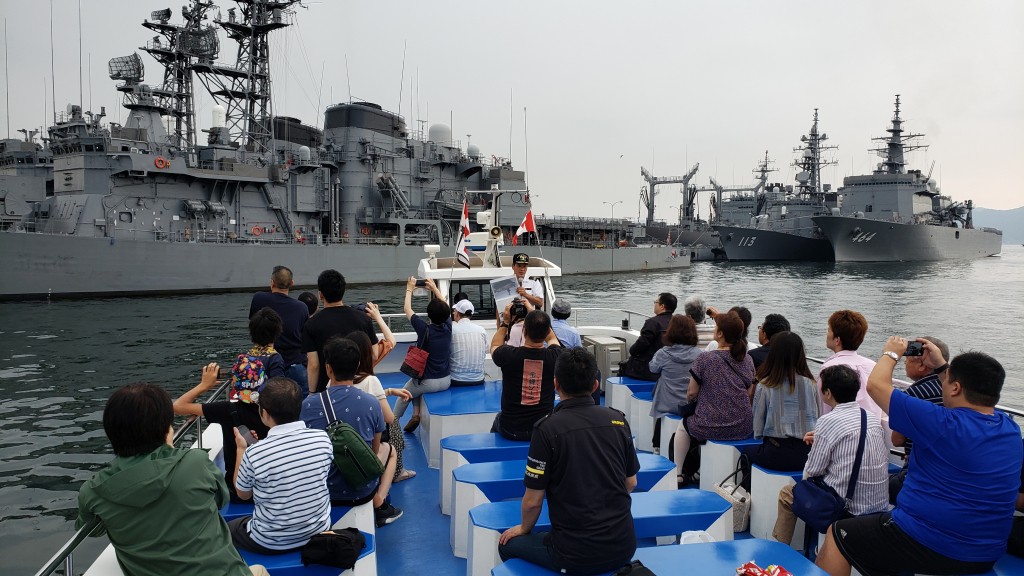 The ships that can be seen on the Kurewan Ship Tour are truly diverse, including submarines and escort ships of the Maritime Self-Defense Force. Cruising while looking at the powerful ship up close is a unique attraction of Kure! Please enjoy powerful cruising while listening to the commentary by the former SDF personnel. We also recommend the "Yugo Cruise," which departs at sunset. 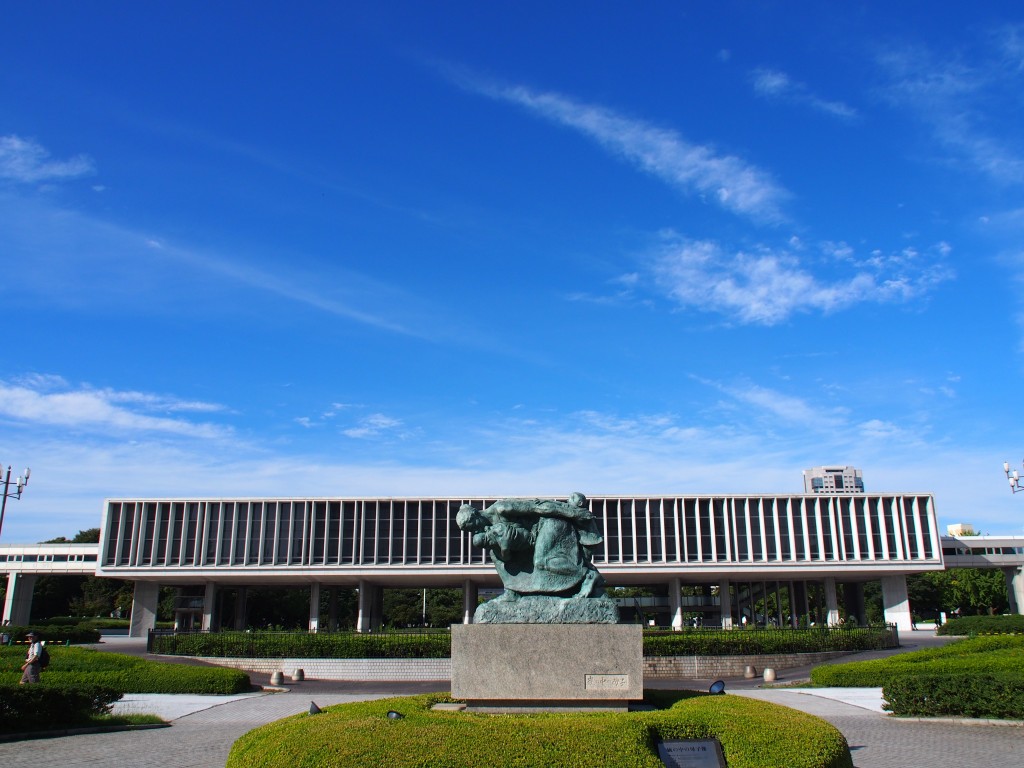 The Hiroshima Peace Memorial Museum was opened in 1955 with the aim of communicating the reality of the damage caused by the atomic bomb to people all over the world and contributing to the abolition of nuclear weapons and the realization of permanent world peace, which is the heart of Hiroshima. At 8:15 am on August 6, 1945, Hiroshima was the first in the world to be damaged by an atomic bomb. Most of the town was destroyed and many people lost their lives. Even those who barely survived suffered great physical and psychological damage, and many A-bomb survivors are still suffering. The Peace Memorial Museum collects and displays photographs and materials showing the remains of the A-bomb survivors and the devastation of the A-bomb, as well as the history of Hiroshima before and after the A-bomb and the situation during the nuclear age. In addition to holding lectures on A-bomb experience by A-bomb survivors, we also lend out materials for peace learning. 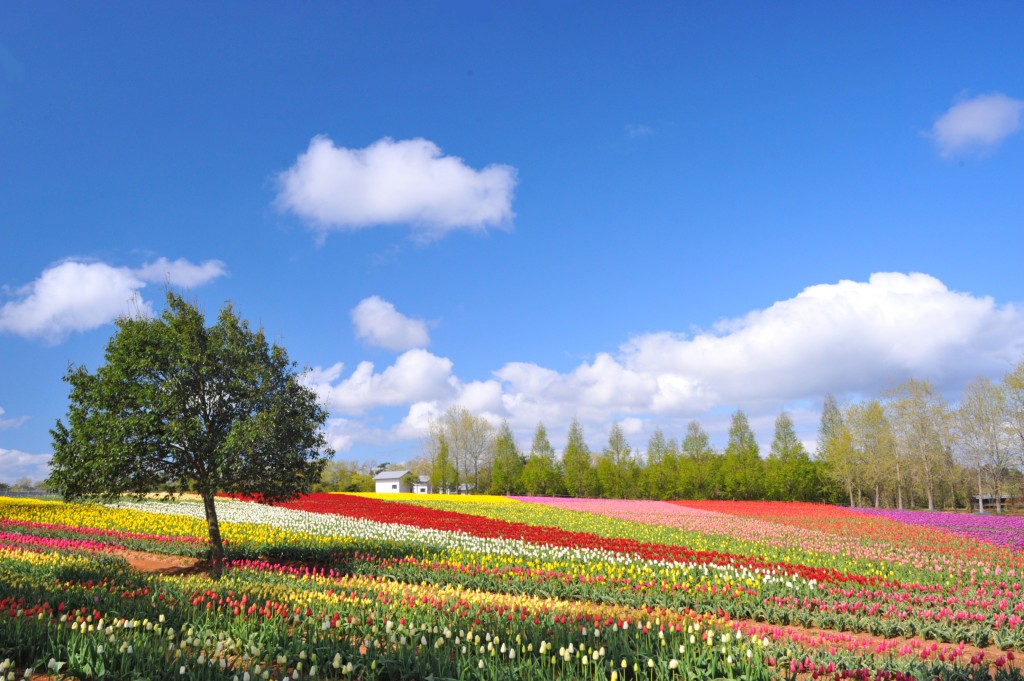 At the Sera Kogen Farm, seasonal flowers beautifully decorate the fields every year. Spring is cherry blossoms and tulips. Approximately 800 pink showers and colorful spring flowers bloom in full bloom, centered on weeping cherry blossoms. Approximately 750,000 tulips are planted with different designs for each field, and the "flower painting" that draws a flower pattern is a masterpiece. In summer, about 1.1 million sunflowers dye the entire hill, which is wider than Mazda Stadium, in yellow. Autumn is dahlia and garden mum. Dahlia of 550 kinds and about 7500 strains boasts the largest number of varieties in western Japan. A new and colorful garden mum of the Asteraceae family has also appeared, and it has evolved into a more colorful flower garden. One of the pleasures is that you can enjoy barbecue and seasonal Japanese dishes at the farm restaurant. There is also a delicious flower cafe with herbal tea, and there are many experience menus and events that children can enjoy.